March 10, 2020, was a very interesting day and not one I’ll soon forget on my way to the office fresh off of one of the most amazing vacations I had in February, I get a phone call, “A Chinese restaurant has exploded in New Kingston do you have anyone available?”  As I typically drive that direction to get to work,  I take it and head in. The firemen are essentially conducting cooldown exercises when I arrived but I managed to mine enough content as the building was still smouldering and there were injured staff as well as Management on-site, not to mention the scores of onlookers from neighbouring buildings.

I shoot, I file electronically for social media to utilize and all is well or so I thought. While packing my gear to leave for the office. The phone rings again.

“There is an emergency press conference at the ministry of health is anyone available.”

On arriving I have one thought and I keep thinking, “Is this what I think it is?” On exiting the parking lot to head into the Ministry of Health a lady says oh you’re covering from “the paper” I need to get in touch with you guys we have this thing we need to do, and especially with what is happening now.

Uncertain of what she means. I respond yeah.. definitely!

She responds “oh so you’ve heard?”

yeah…  “about the COVID case?” I said instantly with conviction as if I was there during testing.

yeah, a confirmed case she stated.

And just like that, I had confirmation before entering the building. It is in fact what I think it is.

I get in, take a spot, set up my laptop, pre-caption in photo mechanic and during the presser I ingest and file for online immediately. Here beginneth the longest days of my life. COVIDAY – EVERYDAY.

Following that press conference I’m off to the office of the prime minister for a national address and then from there I”m off to roving to get reaction shots from the general public and as if its the total norm I”m seeing policemen in facemasks and the works. Everything got so real so quickly. Back to the office, offload, file and caption.

Show up, Pre photos for online to establish the location and what is to come.

Arrival photos of Ministers and stakeholders.

immediately pushing real-time content (videos and images) for online throughout the presser for live updates.

Back to the office, File and Caption do photo editor duties and went home to get up and do it again the next day.

The days got longer as it went on and when the curfews set in I roved the streets till up to 2 am looking for persons or groups breaking curfew, showing typically congested areas devoid of all life and traffic. what followed next was the lockdowns bull bay, cornpiece were the first two I visited followed by sandy bay.

A jarring but exciting experience with a little fear sprinkled on top as no one wants to catch COVID. the last quarantine area I visited I spoke to a young woman who was extremely fearful as she attended a church which sparked an outbreak in her community as someone from the states attended a convention. We left in search of other stories only to pass by later for her to say she got a call confirming her result for COVID-19 was positive. thankfully we observed social distancing measures and we were all wearing facemask (the reporter and I) 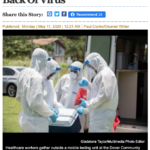 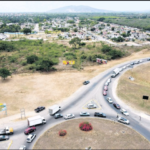 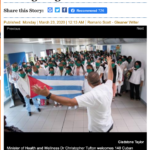 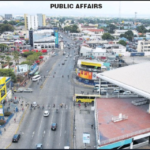 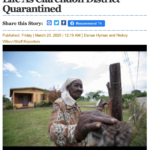 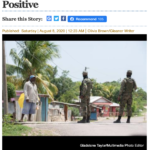 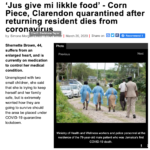 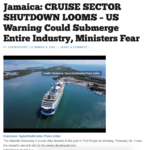 At the time I believe the maximum number of persons allowed to gather was at 20. That rule went straight out the window the second election was announced as no campaign coverage for either party that I was covered adhered. Nomination day was no different.

Follow that up with Election day. There was a street party. over a hundred persons for sure possibility exist it may have been two hundred. During a pandemic which requires social distancing, there was a whole street party on Olympic Way. I covered it. Protective gear was truthfully just a kn95 and an additional cloth mask above that. I was uncomfortable the entire time. I essentially self-isolated outside of work. visited no friends or family for two weeks following election coverage just to make sure. 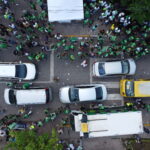 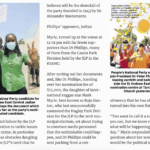 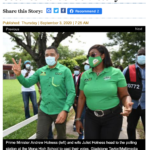 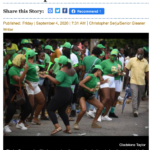 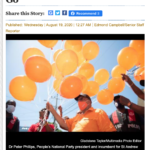 Problem-solving – as there were no shortage of those.

The infinite sadness of COVID (for me)

Olympics was cancelled. that was to be a huge milestone for me in sports photography coverage

and ISSA Boys and Girls Champs was also cancelled.

It’s not over yet but things have definitely slowed down there feels to be some form of new baseline and for the most part people seem to be going about their lives, There are still measures in place such as nightly curfews, and limitations on public gatherings but outside of that its business as usual provided you have a mask and you’re willing to sanitize your hands.